Ron Diamond is typical of the drivers who run out of Meijer Logistic’s distribution facility in Newport, Michigan. He drops and hooks trailers about 10 times a day and says it can be tiring. Dropping and hooking are integral to the operation of Grand Rapids-based Meijer Stores, which has 228 tractors and 2,850 trailers in its private fleet. Adjusting the landing gear up or down takes arm, shoulder and back muscles. Even if the landing gear is in low range, a large amount of effort is needed to raise the nose of a loaded trailer so the upper coupler plate and kingpin matches the height of the fifth wheel. Dan Scherer, Meijer Logistic’s fleet maintenance manager, says back injuries can often be a plague to drivers with frequent drop-and-hook operations.

Injuries became a thing of the past for Meijer after they adopted the SmartValve, which gives the driver the ability to use the tractor and its air suspension to lift the trailer.

The Link SmartValve is primarily an adjustment valve that keeps the tandem suspension at a present height. If a trailer’s nose is too low, using the SmartValve is able to bleed air from the bags and lets the tractor’s rear end settle down so the frame and fifth wheel slides under the nose. If it still cannot fit under the trailer, the driver backs up a bit more so two ramps atop the frame rails – specially spec’d by Meijer – wedge against the nose and upper coupler.

Once the driver has the frame rails under the trailer, instead of leaving the cabin to crank the landing gear, the driver will push a button on the dash. This sends air back into the bags and re-raises the tractor’s rear, along with the trailer, unloading the weight off of the landing legs. Now he or she can resume backing under the nose and couple onto the kingpin.

The SmartValve also helps if the trailer’s nose is too high. In the case that the tailer is too high, the tractor’s rear can be raised over normal ride height to match it.

The Link SmartValve is now on 200 of Meijer’s tractors. It is part of the normal spec on all new equipment.

“This device not only reduces injuries, but it’s a real time-saver for the drivers,” Schere says. “It also reduces trailer landing leg and gear box damage.” 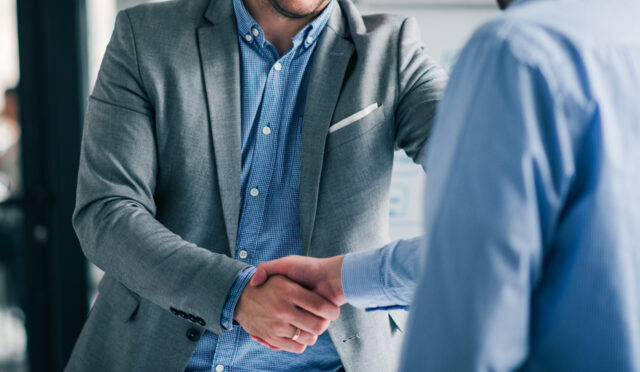 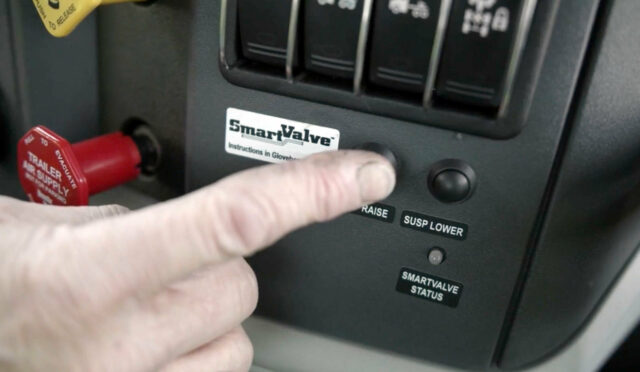 Link’s SmartValve is the first of its kind, an all-in-one electronic height control, eliminating the need for separate components that make up other electronic systems, reducing cost, preventing injuries, and saving fuel.
Learn More
View All Case Studies